Cemeteries have been called open air museums,
filled with history and irreplaceable artwork.

Cemeteries are repositories of unique genealogical, historical, religious, cultural, societal, and medical information that may not be recorded in any other format.  They are places in which the average citizen has an  opportunity to walk in the footsteps of their ancestors.  They are sources of humor, pathos, and folklore.  They are habitat for birds and wildlife in the green spaces that they create.

The City of Raymond takes great pride in being the caretaker of the several cemeteries that comprise a whole, known as the Raymond Cemetery. We request the cooperation of all citizens who have an interest in the Raymond Cemetery in so maintaining and beautifying it that it may always be a source of inspiration and comfort to everyone.

The Historic Raymond Cemetery contains the remains of some of the earliest settlers in Hinds County.  The cemetery is located between Dry Grove Road and Port Gibson Street, with vehicular entrance from Dry Grove Road.  A pedestrian gate is located on Port Gibson Street for entrance to this cemetery and the Confederate Cemetery.  Mary Collins Landin in her book, The Old Cemeteries of Hinds County, Mississippi, From 1811 to the Present, lists the earliest marked grave as 1832.

The Confederate Cemetery contains the remains of 140 soldiers who died during the Battle of Raymond, or afterwards as a result of injuries sustained on the day of the battle, May 12, 1863.

An ornate iron fence and gate, announcing Confederate Dead, surrounds the Confederate Cemetery.  A newspaper article from the files of Mary Gillespie Adams, dated 1910, states that the ladies of the local UDC chapter were selling ice cream to raise funds to “finish paying for the handsome iron fence erected around the confederate lot.”

In 1933, a local chapter of the United Daughters of the Confederacy (UDC) was responsible for the installation of 71 unmarked tombstones.  In 1987, new grave markers were dedicated to 109 dead soldiers that had been identified as being buried in the Cemetery.  Roger Hansen, a member of Stanford’s Mississippi Battery, is credited with researching state and national records to find the names of 109 of the soldiers buried here.

The Garden of Love (west side of North Drive) and Garden of Olivet (east side of North Drive) contain the original Odd Fellows Graveyard.  According to old records, about 1857, Naomi Lodge No. 17, I.O.O.F. Raymond Odd Fellows Lodge) purchased from Maj. N. H. Bradley the land on the southeast side of Dry Grove Road, now known as Odd Fellows Cemetery. The Odd Fellows Graveyard was surveyed and drawn by T.J. Adams, CE, March 1890. (Bradley, 1813-1894, and his family are buried in the old section of the town cemetery near the grave of Steven D. Miller.) Adam’s hand drawn map is located in Raymond City Hall.

The beginnings of the Independent Order of the Odd Fellows in Raymond dates back to about 1840. Ruffner Lodge at Raymond was chartered by the Grand Lodge in Natchez. Through mismanagement, however, Ruffner Lodge fell into disrepute and soon surrendered or lost its charter. In 1845 Naomi Lodge No. 17, I.O.O.F was chartered with I. Hunter, W.S. Ritnour, Allen Patrick, Daniel Knapp, and George W. Harper as charter members. The Lodge was successful and continued its regular meetings from 1845 until it was plundered of its furniture, jewels, books, etc. by Grant’s army in 1863, after having sustained a fire in 1858. It remained suspended from 1863 until 1878 when, by dispensation, it was reorganized with proper offices and fully reestablished.

From The Founding of Raymond, A History of its Early Citizens, 1830-1860
by Oliver V. Shearer

The Garden of Eden (1961) is located below the Garden of Love and Garden of Olivet, on the south side of West Drive. The May 1953 Minutes of the City of Raymond record the property for this “new” cemetery was purchased by the City of Raymond from Gaddis Farms for $500.00 cash. “Improvements” listed as filling and grading to the cemetery were undertaken by the City in March 1961. These improvements most certainly included the filling of a large ditch through what is known as Garden of Olivet.

In 1961, the Gardens were surveyed by R.C. (Dick) Prassel and a new map was drawn by Wallace M. Wall. This map is located in Raymond City Hall.

GENERAL INFORMATION AND REGULATIONS FOR PATRONS OF THE RAYMOND CEMETERY

Prospective purchasers should contact Raymond City Hall and make an appointment to visit the Cemetery to select the lot(s) of their choice.  All purchases must be in multiples of two (2) unless a single lot is available.  Grave spaces are 5′ x 10′ and all graves face east.  Each Square contains four (4) Blocks, and each Block contains eight (8) lots. A five (5) foot walkway borders each Square.  The walkways remain the property of the City of Raymond and no graves shall be situated in said walkways.

The sale of lots is handled only by the Raymond City Clerk whose office is located at Raymond City Hall.  When payment in full has been made for the lot(s) selected, a deed, listing the Lot Number(s), Block Number, Square Number, and Name of Garden, shall be issued by the City of Raymond.  No exceptions will be made to allow down payments and/or payments on an installment plan.  No interments may be made until payment in full has been received.

Once a lot is purchased and a deed is obtained, the purchaser should record the deed in the Office of the Chancery Clerk, Hinds County Courthouse, Raymond, Mississippi.

The Board of Aldermen has full authority to set the purchase price of the lots and the opening and closing fees of the graves. The fees are reviewed periodically and are based on the operation and maintenance costs of the cemetery.

A member of the family or their representative must go to the Cemetery and designate on the ground the desired location of the grave.  No interment shall be made on any lot without the written consent of the owner thereof. The City shall assume no responsibility for an erroneous selection of the lot(s) for final interment.

PREPARATION OF THE GRAVE

The burial of cremated remains on existing family graves will be allowed in the Garden of Love, Garden of Olivet, and Garden of Eden provided that the following guidelines are followed.

In the sections of the cemetery known as the Garden of Love and Garden of Olivet, cemetery structures may be erected at the discretion of the lot owner, under the regulations and supervision of the city, as set forth below.

In the section of the cemetery known as the Garden of Eden, no monument, upright stone, or mausoleum will be allowed. Cemetery structures shall be built to the following specifications.

One flat marker may be placed over the cremains interred with remains in the same grave space.  The marker shall match the existing headstone in material, style, and design.  Said markers must be made of marble, granite, bronze, or like materials.  For the best interest and protection of the lot owner, the use of cement, artificial stone, composition, wooer, tin, iron, or other materials will not be permitted.  All flat markers must be placed on a concrete foundation of sufficient size, depth, and strength to insure permanent stability.  Concrete may not be mixed on cemetery property.  No “soil-cement” foundations will be permitted.

All areas owned by the City of Raymond, including walkways, driveways, and unsold lots will be mowed regularly and will be maintained in a reasonable manner by the city.  Cemetery forces will also cut the grass on privately owned lots insofar as this can be done with mowers.  However, the city cannot undertake to give special care, such as hand trimming around stones on the lots.  This must be done by the owners.

The city forces will use reasonable care in mowing around monuments and stones, but because of the brittleness of marble, the city cannot assume liability for the chipping or marking of stones.  The city is not responsible for maintenance and upkeep of stones that have fallen or settled.

The city is not responsible for the maintenance of graves.  If notified, we will make an effort to fill areas that have settled.

The city does not assume the responsibility for any vase, wreath, pot plant, ornament or any other object placed in the cemetery.

The city reserves the right to prune or remove any planting which may interfere with the free use of the surrounding area. The city may also remove dead flowers and other debris from lots.

MEMORIAL FLORAL ARRANGEMENTS AND OTHER DECORATIONS

All flowers and decorations must be securely placed in a container with sufficient weight to prevent them from blowing about the cemetery.

Christmas decorations will be removed prior to the first week in February.

Easter lilies will be removed thirty days after Easter.

Seasonal flowers will be removed by city forces when it is deemed appropriate.

All decorations that are faded or unsightly, or have not complied with the above, will be removed. 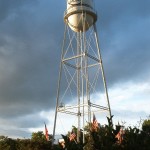 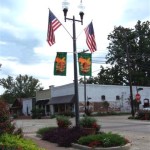 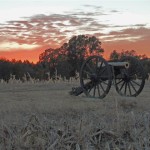 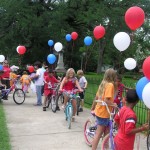 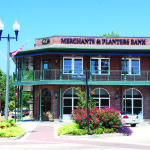 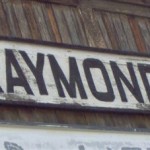